In the world of cyber security, security teams are trending away from using prevention-only approaches, according to a 2018 Gartner report called Market Guide for User and Entity Behavior Analytics. As security teams shift toward balancing cyber threat prevention with the newer detection and incident response (IR) approaches, they are increasingly adding technologies like user and entity behavior analytics (UEBA) to their conventional SIEMs and other legacy prevention systems.

Gartner created the UEBA acronym several years ago when it renamed “user behavior” analytics (UBA). They added the “E” to emphasize the importance of “entity behavior” other than just user behavior, such as with cloud applications or unmanaged endpoints. The E “recognizes the fact that other entities besides users are often profiled in order to more accurately pinpoint threats, in part by correlating the behavior of these other entities with user behavior,” according to Gartner.

User behavior and Entity Behavior Analytics represents an important improvement over UBA and legacy SIEM systems for a number of reasons. First, it overcomes the limitations of SIEM correlation rules—and the reality that in many cases the whole model of correlation rules is broken. Some of the problems associated with relying on SIEM correlation rules include: UEBA also reduces false positives, helping to eliminate alert fatigue. And by enabling teams to prioritize their alerts, UEBA makes it possible for your security experts to focus on the most credible, high-risk alerts.

With Machine learning abilities to enable user and entity behaviors modelling and analytics based on various organizational components. With real time security events and ML, detect and prevent threats that traditional tools miss.

Attackers who steal valid user credentials behave differently than real users. UEBA uses real-time detection to ascertain if something is out of norm and responds to the threat through various real-time responses such as Block, Modify, Re-authenticate or Multi-factor authentication. This ensures that the real threats are getting addressed before they try to harm the system.

UEBA sends insights to the users and the security teams through interactive analytics which allows them to know about the loopholes or weak points before an incident happens. These insights help reduce the attack surface which makes it difficult for the cyber attacker to breach the network.

In any organization the privileged users have extensive access to the system, data and applications which is why they present a higher risk to the organization. UEBA’s algorithms ensure that the access rights are used appropriately and give an overview of what kind of privileges individual users should have.

It takes a lot of efforts to identify threats manually through alerts. UEBA can manually identify and validate threat without manual intervention through automation and security intelligence. This level of automation allows security to focus on real threats rather than alert chasing.

UEBA analytics help to detects potential data exfiltration before
it happens, thus allowing businesses time to prepare a strategic
plan to prevent data theft. It can even help identify Advanced
Persistent Threats (APT). UEBA has proved itself to be an
indispensable asset in the world of cyber security. According
to experts user and entity behavior analytics is a better model
for attack detection and maintain that it is going to enable more
accurate detection of cyber attackers threatening networks. 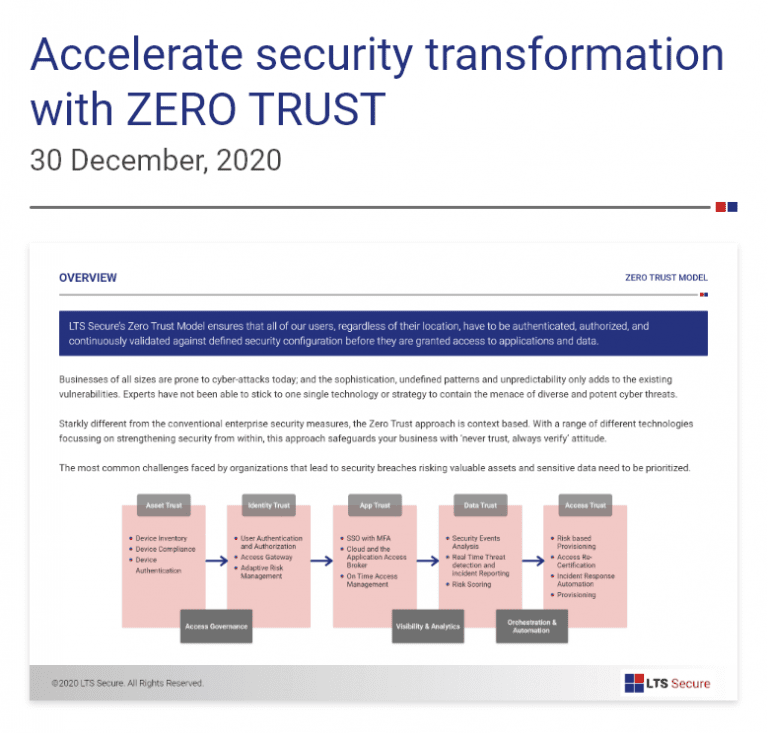 Get the data sheet